TELECONT develops, produces and implements systems for supervision and control for technological processes

By definition these are “Real Time Systems” and are used for:

The objects of automation could be classified as:

The first group consists of various robotic technology lines in:

The second group consists of:

Both groups have many common characteristics as:

Therefore the processor information may be concentrated at the Control Center inside the Control Station. The information is processed and analyzed there, and after that the necessary decisions are sent to the subobjects for execution.

The industrial objects differ from remote control objects by the location of the subobjects, which are located on a much smaller distance. Here the communication infrastructure of the automation system is part of the system and is designed and build to easily fit the requirements, which reduces many communication problems.

On the other hand, a remote control object could have subobjects located kilometers away from the Control Station. This imposes the use of external – public or corporate communication networks. The characteristics of the external network is accepted as are and could not be influenced and thus the control system must be adjusted to compensate a sequel of disadvantages like:

Nevertheless the automation system has to:

The system consist of:

installed inside the Control Center – CC.

The technological equipment and Intelligent Electronic Devices- IED – measure and control devices are placed on the “process level”. The interfaces between the software system and the physical objects is done on that same level. Along with that the information in the RTU comes in parallel, directly through digital I/O’s, or serial through communication channels.

The RTUs and FE Servers are placed on the “object level”. Those system structures form the communication subsystem, which is responsible for the information exchange between the physical objects and the Control Center of the system.

On the “system level” the SCADA-, HIS- and HMI Servers, as also the Interfaces to foreign systems are located. There the received information from all subobjects/ substations is processed and analyzed and the decision on different actions on the objects are made automatically or by the operator.

The system could be applied to various industrial fields, e.g.:

In the case of remote control objects like in energetics, railway etc. the system is built as a telemechanical one (Remote Control System).

On the other cases, when the automation object is a production line, factory hall etc. its design follows the rules of building of Automation Systems for Control of Technological Processes – ASCTP.

The system is used for supervision and control of the electric power distribution on 110/20/10/6.3 kV levels. In each substation an RTU is installed, which acquires processes and transports information from the object to high level Control Centers of the system. 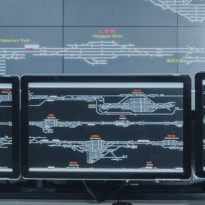 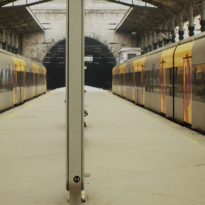 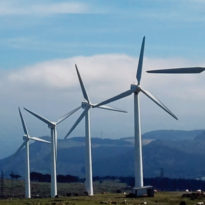 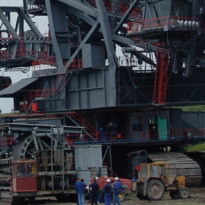